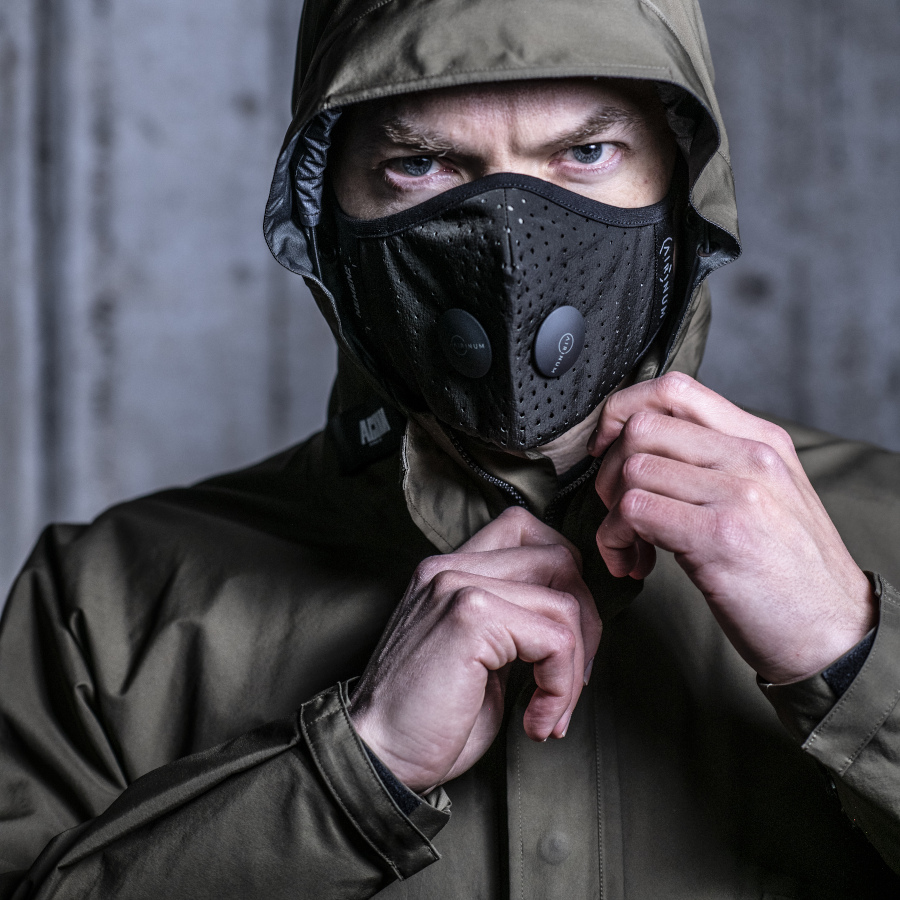 In a fucked up world, the breathing mask is a highly contemporary accessory. This one will protect you against pollution – and turn some heads.

Airinum kindly provided me with a mask. This is an independent review after weeks of testing.

A thick fog shrouded Delhi at the beinning of November. As if the pollution from the megacity’s traffic wasn’t bad enough, crackers from the Diwali celebrations had added to the particles to the air, and smoke was drifting in from neighbouring provinces where farmers burnt crop stubbles. It was a perfect storm, poisoning the very air the city’s 20 million inhabitants were breathing.

As air pollutants rose to 40 times safe levels, a public health emergency was declared. Delhi’s chief minister said the city had been turned into a “gas chamber”.

Make no mistake, air pollution is a life and death matter. Airborne particles of the PM2.5 variety can cause stroke, lung cancer, chronic obstructive pulmonary disease, acute respiratory infections and ischemic heart disease. They impair cognitive performance and increase the risk of dementia. Oh, and they kill seven million people every year.

While the Indian government was handing out five million breathing masks, thousands of pro-democracy protestors in Hong Kong were wearing breathing masks both as protection against tear gas and and to conceal their identities. In places like California and Australia, wildfires were not only endangering forests and homes but also adding killer particles to the air. Add to this the pollution in major cities all over the world, exacerbated by climate change, and an ever expanding network of CCTV cameras feeding facial recognition algorithms…

This is the age of the breathing mask.

Even if you are not at immediate risk from pollution or being targeted by a repressive regime, the breathing mask is a fashion statement with an edge, a symbol for all the ways we humans are destroying the planet and our own liberties.

I live in a relatively clean and peaceful Scandinavian city myself, but even so there are many functional reasons for wearing a breathing mask. In winter public transport is often crowded, full of people coughing and sneezing, thoughtlessly spraying disease all over buses and metro trains. A breathing mask can help. A mask is also warming when it is cold out, and it protects against allergens. So I was happy to try the Airinum + Nemen mask.

A breathing mask is literally an in-your-face accessory. It will be the first thing people notice about you, so it needs to look the part. Luckily, Airinum delivers on this front. The base design is soft and fairly minimalist, without the aggressive vibes you get from some other, bulkier masks.

The Airinum is available in many colors and patterns, including a collaboration with DJ Alan Walker. The best ones are the beautiful green masks born from a collaboration with Italian fashion label Nemen. I got the “military green”, and it works well with everything, even all black outfits. The color is quite dark, with just a shade of deep green softening the appearance. It looks awesome with more formal clothes as well, like a suit, which brings focus to the quality of the mask’s fabric and design.

The mask has Nemen written on one side and Airinum on the other, a nice amount of branding, as those logos are just enough to convey that it is a designer piece, not a medical device. But I would prefer that Airinum had refrained from printing their logo on the breathing valves.

The mask is stylish as hell, but simply wearing a mask in public is a head turner. I have caught many people looking at me with one of two expressions on their face. The most common is “Wait, what?”, but I also get the “Why am I not wearing one of those” look, especially when the coughing begins on the bus. The third type of look comes from small children who turn to glance at me and then proceed to stare for several minutes, no doubt sartorially mesmerized by the sumptuous Nemen fabric.

A breathing mask is an introverted, slightly hostile accessory – much like headphones – that says “don’t talk to me”. That’s just as well, though, because when you do try to talk to someone they will have trouble making sense of your muffled mumblings. Overall though, the look is awesome, chic and street wise rather than black bloc edgy. I am happy to report that old ladies will still sit down next to me on the bus when I am wearing it.

I won’t claim to know if the mask will really protect me from dying of broken lungs in 40 years time. What I do know is that the mask is laboratory tested to block out 95 percent of particles down to 0.3μm. This includes air pollutants, smoke, bacteria, pollen and animal allergens. It also includes some of the bigger viruses. Many of the most common ones are smaller, however. The flu virus, for instance, is 0.17μm, but even though it is small enough to penetrate the filters it is normally attached to droplets that are still tiny but large enough for the filters to stop them.

The Airinium mask offers five filter layers to prevent particles from getting through, including an active carbon layer and two electro charged layers. The specification, called KN95, is competitive with other masks on the market, although not quite as high a specification as some more bulky masks.

One important factor that is not measured by the laboratories is fit. In order to block out particles there must be minimal leaks around the mask, and Airinum provides several ways to adjust the fit snugly to your head. The mask comes in four sizes, the loops around your ears can be individually adjusted, as can the loop that goes around the back of your head. When you tighten them well you will notice that smells go away, which is an indication that the mask is working as intended.

As for the Nemen design, the only functional difference to the standard version of the mask is that the fabric is water repellant, and for some reason seems to be less protective against the sun.

I have used the mask on public transport, walking in the city, cleaning the attic, and hanging out at the stable. It has mostly felt great. If nothing else, the psychological effect of protecting your breathing system is very real.

As I am allergic to horses, wearing the mask to the stable was an interesting experiment. While not scientific in any shape or form, I had a great time hanging out among the horsies, shrugging obliviously when my daughter asked me if I could smell the horse shit. And from 20 minutes in the stable, I got none of the typical nasal discomfort, just the usual itchy eyes.

One drawback of the mask is that while it may protect you from developing asthma, it makes you feel like you already suffer from it. If I take a flight of stairs at pace wearing the mask, I feel my breathing getting strained, pulling the air through the filters. If I wore it for a run my performance would definitely be hampered.

Another unexpected annoyance is that the mask slightly impairs your field of vision downwards. This will rarely be a problem, but it is noticeable when you walk down steep stairs, for instance.

It is also hard to carry on a conversation with the mask on. If you have it strapped on tight your words will be muffled, and as the listener is unable to see your mouth’s movements, they will have a hard time making out what you are saying. Plus talking tends to loosen the straps, which makes the mask less effective. So don’t be rude, unless you are in a coal mine just remove the mask when talking to someone.

I will happily keep wearing the mask at the stable and on public transport, at least in winter when it serves double duty as a face warmer and disease barrier, and I will definitely bring it with me whenever I go to Delhi for Diwali, or fight the power in oppressive authoritarian states.

The Airinum X Nemen masks look phenomenal, with a sleek, understated form factor and beautiful green shades. Airinum also has some alternatives for those of you who desire a different palette. Still, simply wearing a breathing mask turns some heads.

Some competing masks have better specs, but Airinum’s are thoroughly tested and elegantly designed to wrap around the lower part of your face and hug it snugly, allowing minimum leakage. 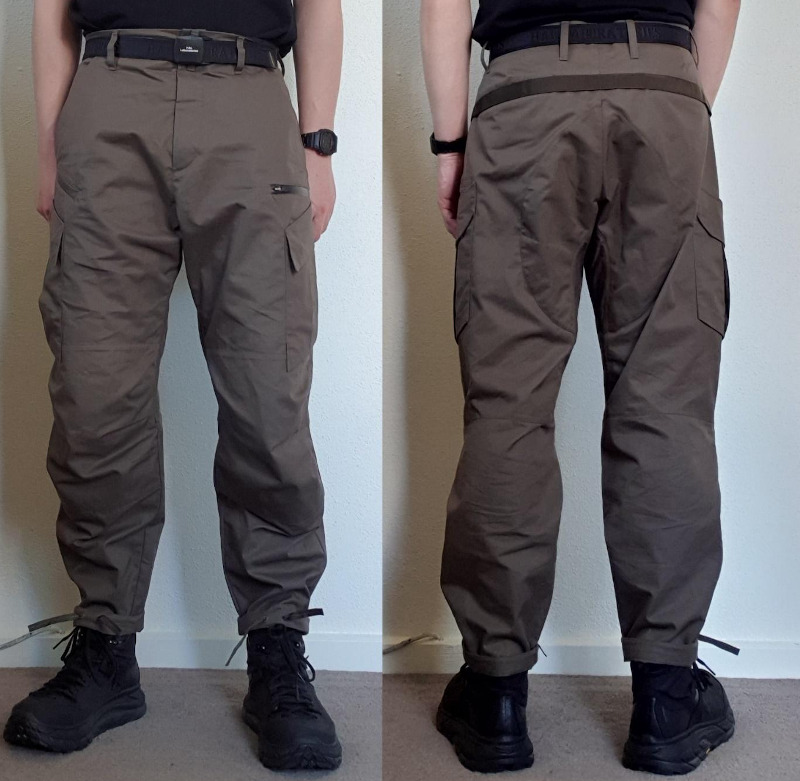 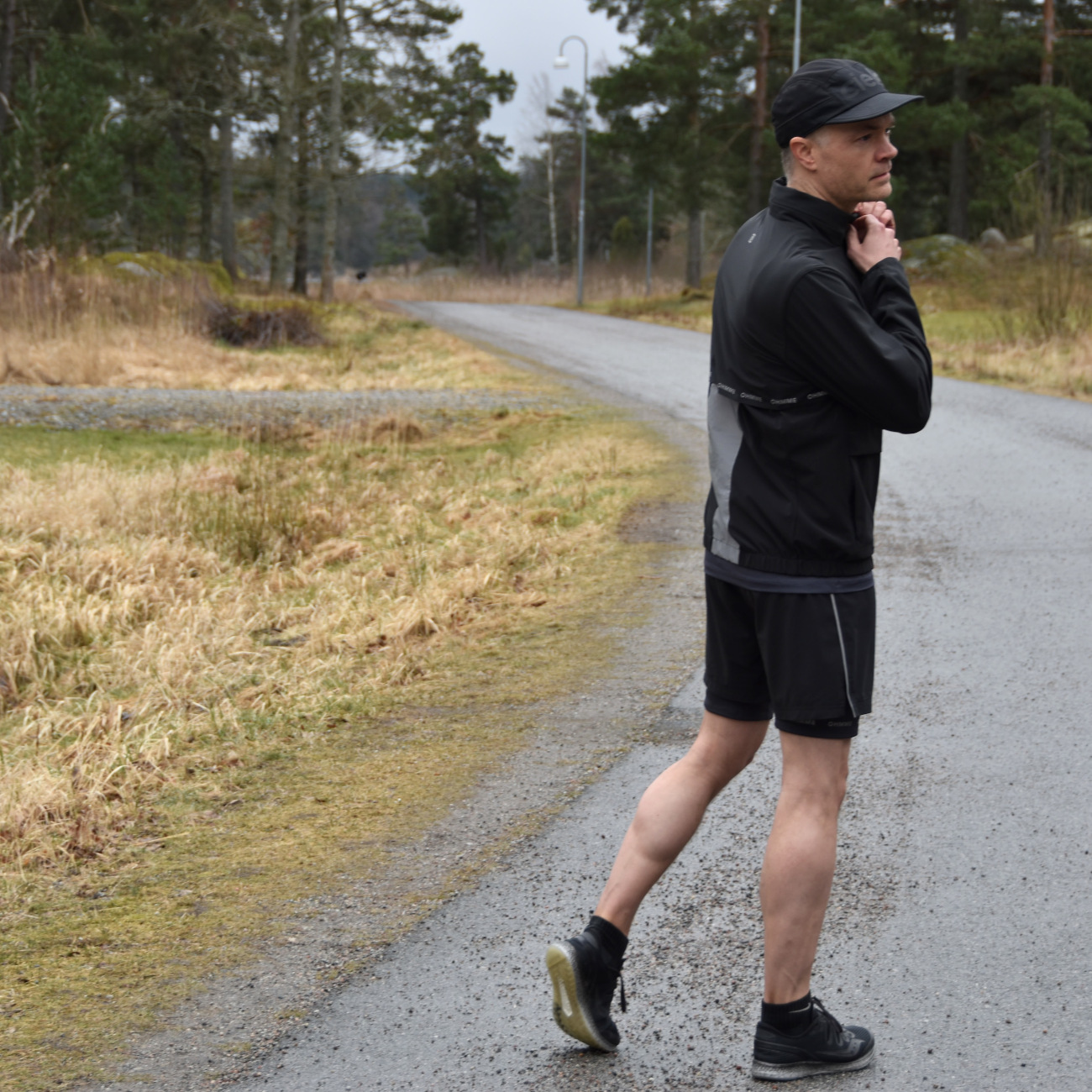 1 thought on “In your face. The Airinum + Nemen mask reviewed.”